No conversation about the advent of affordable mobiles in the Indian market is complete without Micromax. Although, the urban regions of the country already had an access to phones, Micromax was successfully able to expand the reach of technology to the hinterlands of the country. Probably that is why it was often labelled as the poor man’s phone manufacturer. While people are aware about how the company disrupted the smartphone market, not many know the story of the man behind Micromax: Rajesh Agarwal.

Rajesh Agarwal micromax MD, earlier worked in the sales department with companies such as Pertech Computers and Xerox before joining Universal Computers as the sales head in 1990. His experience was good in the PC assembly and sales company until the Universal employees started facing salary and operational issues. It was then that he decided to start his own business.

“I sold my only beloved possession: Maruti 800”

Financial capital was the first hurdle for Rajesh Agarwal. However, in 1991, he sold his Maruti 800, the only prized possession from his time, and raised Rs 80,000. With this money, he founded Micromax Technologies, a PC assembling and selling company, with Yash Bhatia in the same year. Having prior knowledge of the market due to his stint at Universal Computers, Agarwal smoothly handled the sales and finance department. However, due to unforeseeable circumstances, he was hit with a bad loss and had to close down the company.

From 1992 to 1994, Rajesh Agarwal worked with Infocomm equipment, where he was responsible for the sales of PCO machines. Although registering a heavy profit throughout, his inner businessman managed to take him to the idea of his new company: Micromax Informatics.

Rahul Sharma was the neighbor of Rajesh Agarwal for 35 years. With similar ideologies of starting their own venture, Sharma was not only on –board with the business idea, but also brought along his friends, Sumeet Arora and Vikas Jain. And with the investment of Rs 10 lakh from each one of them, Micromax Informatics was established. The company changed multiple domains of operations including SAP, ERP, embedded software, and then a training institute. But, it continued to be in a no profit-no loss situation for them.

In 2005, the first big break came in when Rajesh Agarwal led Micromax was signed on by Nokia to develop a software application. With the help of incoming financial capital, Micromax started making Fixed Wireless Terminal (FWT). By 2007, Agarwal’s co-founded company was selling more than one lakh units every year till 2011.

And then came the mobile revolution. 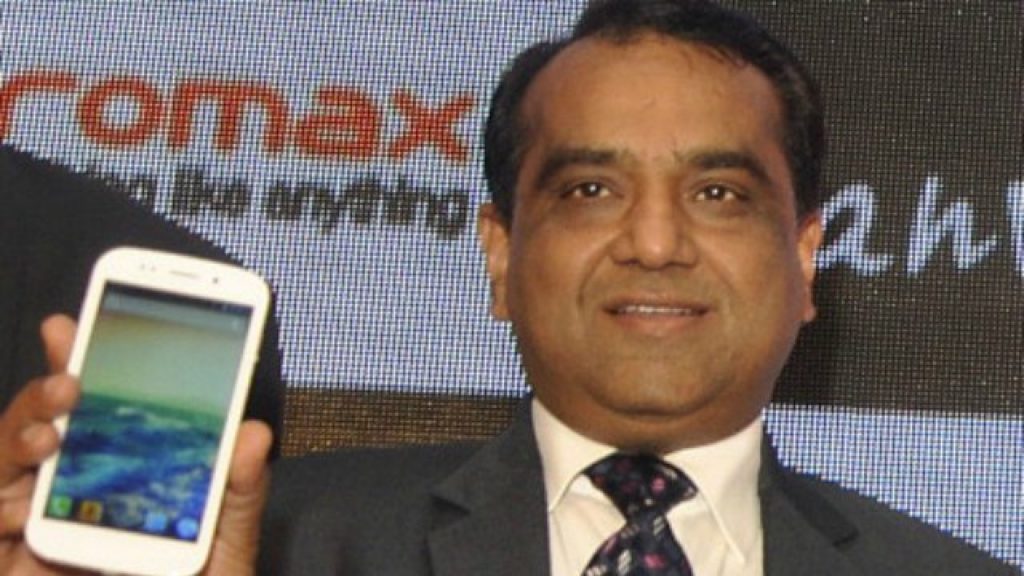 Before introducing their first phone, Micromax X1l, in the market, Rajesh Agarwal had endless discussions with his co-founder trio about the current companies, market condition, and most of all, ‘what is unique about us?’
To answer the latter, Rajesh Agarwal didn’t just resort to low pricing, but further coupled it with the most required features of the current market. For instance, X1l targeted the inability of mobiles to last for one full day without charging. The Micromax phone offered 17 days talk time and 30 days of standby mode.

With the access to tier-3, tier-4 cities of India via their contacts of FWT distributors and retailers from previous years, 10,000 phones were sold in 10 days. The scale of their success can be gauged from the fact that at a point of time, they were the 2nd biggest company in the Indian mobile market after Samsung – an extraordinary feat for the ‘Micromax’ brand.