Bangladesh attained independence in 1971 and when they asked for international aid, Henry Kissinger said that the “the place is, and will always be, a basket case.” From that moment to being one of the finest development stories of the current era, Bangladesh has come a long way. The country’s exports and local industries are functioning at constantly improving capacities and they are accelerating on the road to development. The biggest share of credit for their current economic strength goes to the first Business family of Bangladesh: Rahmans.

Salman F Rahman (সালমান এফ রহমান) along with his brother Sohail envisioned a dream of making Bangladesh great. Capitalizing on their business minds, they started out with their family jute mill in 1966. From then to independence, the brothers bought the debt affected setup to a point where it generated profitable revenue. However, nationalization of jute industry in 1971 sealed their mill. The successive year marked the beginning of Beximco.

Salman F Rahman started the company as a seafood exporter. At the same time, pharmaceuticals were named as a priority item throughout the country. Rahman prioritized the country’s needs over his profits and imported pharmaceuticals worth the cost of his export earnings.

The dynamic Bangladeshi businessman was able to contribute, and continue it for the next half decade, to the country’s requirements. However, this constant import was not a solution and thus, he incorporated Beximco Pharmaceuticals in 1976.

The objective was to streamline the local demands of Bangladesh and then, foray into the export market. Gradually, he developed a company with skilled individuals, advanced machinery, and constantly evolving research department to enhance their stand in the industry. As the operations began in 1980, the company was listed on Dhaka Stock Exchange in 1985 and two decades later, it was featured on the London Stock Exchange. 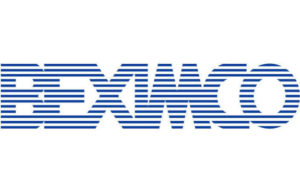 From 1980 to 2005-06, Beximco Group expanded themselves into almost every premier industry of any developed country. Textiles, ceramics, energy, real estate, and many other sectors had running contributions from a fully functioning arm of Beximco. With Salman F Rahman’s vision and determination, the company started to impact the country’s GDP in no time.

Why do hustle and alignment need to co-exist while working in a startup?

From Gorakhpur to Lucknow: The incredible journey of Subrata Roy Sahara

'Sometimes, motivation is the only push we need. And someone's story might be the one for us.' He works with a travel company. He is an avid reader of biographies & has written over 150 blogs on topics like travelling, biographies & many other.

From Gorakhpur to Lucknow: The incredible journey of Subrata Roy Sahara

How one drunk text gave birth to Ashish Hemrajani’s Bookmyshow