The founder of Menstrupedia, Aditi Gupta

India is on its way to emerge as one of the world’s largest economies. Where the world celebrates our nation’s growth, we as its citizens know the growth rather inconsistent, and partly illusionary.

Although India is undoubtedly rich in its legacy and brainpower, it is still plagued by some unreasonable stereotypes. Burdened by the obligations of several taboos, they act like a pest infesting our country’s growth, turning it towards depravity. One such taboo is – menstruation.

India is still a regressive land, sickened by the very natural process intrinsically linked with a women’s body. Still talked about behind closed doors, periods are often related with impurity.

But someone stood up, and tried to change the shallow thinking of the conformist society. Restoring the faith in the youth leading the nation towards real growth, Aditi Gupta’s Menstrupedia is bringing the much needed paradigm shift.

India is on a definitive task towards development, but while the country is expanding its vision, it is also overlooking the glitches in its already established structure.  Women in India still lag understanding regarding menstruation, and reproductive health. Swapna Mazumdarl’s article in The Tribune read, “Talking about menstruation has been a taboo even among planners. It received the attention of the Ministry of Health only in 2011. Close to 70% per cent of Indian women risk getting severe infection, at times causing death, due to poverty, ignorance and shame attached to their menstruation cycle.”

And the society’s pressure to remain silent on the topic is to be blamed. Addressing the need for generating awareness, and talking about female menstruation out in the open, Aditi Gupta along with her team built Menstrupedia.

What does Menstrupedia do?

Working towards the cultural neglect our society had over the years towards women hygiene, Aditi Gupta’s Menstrupedia help impart the required information. Providing information and generating awareness to avoid health vulnerabilities is the prime concerns of menstrupedia. The firm aims at providing knowledge about periods through both educational, and media means such as – videos, songs, articles and press releases. Untying the confines of a woman’s freedom from the dominant patriarchal discourse, the menstrupedia founder is trying to chip in, and debunk myths related to menstrual care.

Menstrupedia Comic: The Friendly Guide to Periods for Girls

Available on various portals, Menstrupedia Comic is a book dedicated to educating  women with important information. Confronting the unmentionable taboo, the book is a crafty way to gain knowledge. 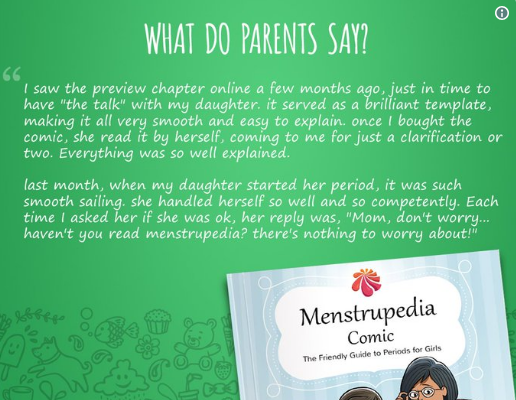 Aditi despondently reminisces her first period experience. Its onset should be celebrated, as it marks the transition of a girl into womanhood. Rather Aditi was forced to follow a set of reckless rules like not sitting on beds or avoid worshipping gods, since she was thought being “impure” due to her periods. To avoid any other girl going through what she experienced, Aditi was adamant to bring a change, and break the stereotypes.

The young entrepreneur aims at reaching every kind, teenager, and woman to make them aware, and empower them with knowledge. Women like Aditi, who refuse to bow down, but rise against the conservative practices of the society are certainly leading our nation towards real progress.

Top 5 influential business tycoons of Mumbai, who have made it big