However, what seems weird and far away from practicality, is the story of Ritesh Agarwal, the founder of OYO Rooms. A young entrepreneur, he always wanted to present a solution that would bridge the gap between travelling on budget and convenience.

Ritesh was always keen on understanding the user’s perspective. He would somehow arrange for his stays at different hotels only to see what exactly could be improved without breaking the bank for a regular traveler. He would talk to people living in those hotels to get a peek into their experiences. What he gathered in return was the priceless information that he soon was going to capitalize on.

The initial days and the launch of Oravel

Just like any other guy, Ritesh packed his bags and moved to Delhi with a dream in his eyes. His plan B, was the preparation for SAT and then moving to USA for further studies. Since he belonged to a family that could be classified as, ‘well-off’, money was not an issue.

With around Rs 15,000 as pocket money every month, he started living the life he had dreamt of. All he would do was go and meet entrepreneurs, business leaders and who’s who of the start-up scene. His free time was utilized in reading about the business models that were successful and the entrepreneurs who made them.

Similar to the life of an average teenager, University of London’s Indian campus did happen to Ritesh’s life, but the relationship survived only three days. Thus, Ritesh Agarwal’s education status earned the tag of a college drop-out.

From the experiences that he gained while travelling and staying in budget hotels across the country, he knew what exactly he had to do. Since he could identify multiple problems in the industry, it was time for him to create a system that would work on convenience and ease of use.

2012 was when he launched his first company, Oravel Stays. It was a platform that he envisioned would work as a catalyst in the process of booking good budget hotels.

With his idea and truckloads of enthusiasm, he pitched it to investors, and in no time, he had VentureNursery backing him up. With a funding of Rs 30 lakh, Ritesh Agarwal’s soon to be written success story added a crown jewel to itself.

With a clear picture and the road paved for success, the young Indian entrepreneur worked day in and day out to make his idea work. However, destiny had other plans for him. Even with the Peter Thiel Fellowship program that gave him a $100,000, his idea didn’t seem to do well in the market.

Not letting the failures deter his confidence, he got Manish Sinha of Cinnamon Stays, Gurgaon, on board as the co-founder, but nothing really changed and he eventually quit. Ritesh was left with no business model to survive. However, the zeal didn’t budge even a bit.

The oncoming of OYO and the transformation of hospitality in India 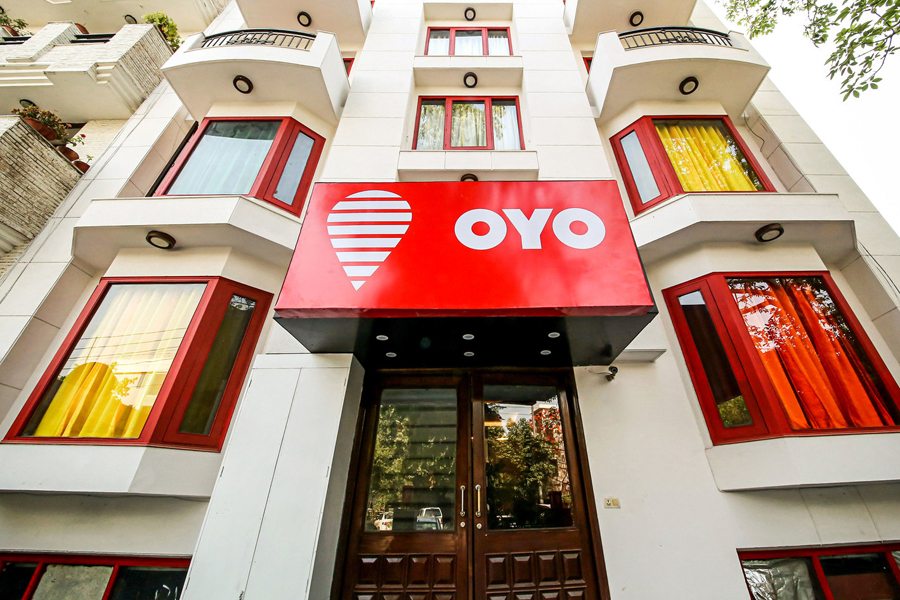 It was time when Ritesh had to change his strategy and doing something substantial was the need of the hour. This is when OYO Rooms was born. OYO, which stands for “On Your Own”, was based on a simple business model. All that the platform provided was rooms that were comfortable, with the basic necessities present.

Not targeting the properties with gyms, spas and other luxury facilities, OYO gave options to the budget traveler. To make sure that the properties were all up to the mark, an auditing team visited every place they signed up with. The practice persists till today. The company audits multiple properties and recommends the changes that are needed to upgrade it to the OYO level.

Slowly panning the radar, the young blood expanded his team of two to 15 and then 25. What stands today, is the hard work of what started early in his life.

Important fact: The dream to be an entrepreneur came to Ritesh Agarwal very early in his file. Even when young, he was always known for his zeal to learn more about what was behind the processes that run successful businesses.

Another mention that the story needs is the Rs 4-cr amount that OYO Rooms raised from Lightspeed Venture Partners (LSVP) and DSG Consumer Partners.

While all that’s mentioned is Ritesh Agarwal’s biography worthy content, there need to be a few additions, without which his story would be incomplete.

Noteworthy points about the boy next door

Along with the awards and recognitions, Ritesh Agarwal is a common name at entrepreneurial meet ups and conferences. His intellect and wit has expanded the company beyond the Indian market and OYO Rooms is now present in Malaysia, Nepal, Indonesia, Japan, China, Saudi Arabia and United Kingdom.

Ritesh was born in 1993 in small town Bisam, Orissa. He completed his education from Sacred Heart School in Rayagada. Later, he enrolled into the Indian School of Business and Finance in Delhi. A name that resides in the Forbes 30 under 30 list, he always was a child with enthusiasm, and the will to do more.

Talking about his inspirations to Economic Times, he says Bill Gates and Bhavish Aggarwal are the two names featured in his list. He also mentioned that he encourages the students to drop out of college during talks, and his mother thought no one would ever take her son for a groom, looking at his qualification.

Along with his professional work, achievements and the little information that we have about him, the major details about his personal life have not really made it to the internet. However, the readers do search for the keyword ‘Ritesh Agarwal girlfriend’ in the hopes of finding something every now and then.

While we know what OYO Rooms has brought to the Indian hospitality sector, there are still questions galore about Ritesh and his lifestyle waiting to be answered.

Watch this space for more !!

WhatsApp Chat is free, download and try it now here!