Chairman of the iconic Claridges Group of Hotels

A man with great zeal and passion for excelling in every endeavor he undertakes, Suresh Nanda has made a mark in both the corporate and hospitality industries. A successful entrepreneur, Indian businessman, and a philanthropist, Suresh Nanda has achieved great recognition through innovation and courage.

He has been mostly recognized as the Chairman of Claridges Group of Hotels, an exquisite luxury chain of hotels located in some prime locations. But he didn’t always envision getting into the hospitality sector.

After working 15 years in military service, Mr. Nanda took a deep interest in the corporate sector, working for several major ventures in India, Europe and the Middle East. He developed several successful associations with global firms and metamorphosed into a serial entrepreneur achieving many successes.

With a perennially positive approach and a never backdown attitude, Suresh Nanda has always sensed and leveraged opportunities. He successfully ran Dynatron Services, a specialised engineering firm, despite not having any prior engineering expertise, and efficiently maintained the machinery on Navy, Coastguard and merchant ships with the most reliable systems.

He then moved into the technology sector and acquired recognition through his tie up with Commerce One from USA whereby he brought the latest transparency technology for electronic procurement to India.  The Indian Venture went on to win an international tender issued by the Government of Andhra Pradesh. The venture helped to reduce the AP Government’s procurement costs by 15 to 20 percent resulting in substantial savings in their budget.

After a shocking winding-up of the US parent Company, this maverick entrepreneur took it upon himself to develop the software indigenously in India by hiring and guiding the right qualified Indian software experts. The project was recognized by the United Nations as one of the best digital developments in the developing world.

Next, Suresh Nanda ventured into the hotel industry in 2003, brimming with the passion to make a name in the hospitality sector. He began his career trajectory with arranging the acquisition of the Claridges Group of Hotels. In spite of not having any hotel expertise, he worked relentlessly to turn around the rundown hotel to achieve industry respect and recognition as the best known colonial hotel in the Capital, unsurpassed and unmatched in one of the best locations in Delhi. Its lobby, rooms and restaurants have become favorite haunts of many celebrities and loyal clients. 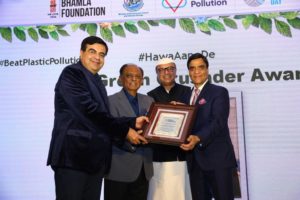 Mr. Nanda refurbished and further strengthened the hotel’s former glory and was jokingly recognized as a “born hotelier”. He developed the hotel beyond recognition while retaining its heritage culture. Suresh Nanda brought a mélange of luxury and old world charm with modern comforts to the customers making the hotel stand out as one of the top choice hotels in the India’s capital city.

Having a keen eye for expansion and a long-haul objective, Claridges, Delhi acquired the Sea Rock Hotel in Mumbai in which a majority stake was further sold to the Taj group, making Suresh Nanda the minority partner.

Adding to his portfolio of investments and acquisition in hospitality sector, he built the luxury 286 room Surajkund Hotel, which is now being managed by the Taj group. 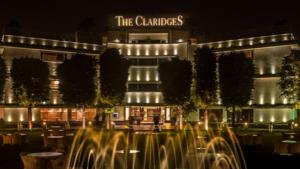 He has had a rewarding strategic partnership with the Taj Group, and they have mutually corporated to develop the hospitality sector in the country and abroad.

Having a lot of firsts to his name

Suresh Nanda became one of the first private sector hoteliers from India to go international and build a 296 room luxury hotel located in Business Bay, Dubai and gave an impressive addition to the Dubai skyline in the form of the “Taj Dubai” – an iconic hotel overlooking Burj Khalifa and the Dubai Mall.  Due to impeccable service and its excellent location, Taj Dubai is the preferred destination for guests of several nationalities with one of the highest occupancy rates and popular and famous restaurants.

After Dubai, Suresh Nanda is looking for the further growth of his hospitality portfolio and is exploring other opportunities to tap the markets of UK, the UAE and India.

He has built a vast business empire with interests in varied sectors including the hotel industry, software solutions, international trading engagement services and a host of other businesses. He has made equally outstanding contributions to the society being actively involved in social services and charities, besides championing the cause of the environment.  Over the years he has received awards in the field of excellence in hospitality and actively promoting a clean and healthy environment.

Extending hope: How embryologists like Goral Gandhi are facilitating delayed motherhood in India

Niki.ai: The story of India’s first of its kind B2C voice-centred commerce platform

Raj Kundra’s trailblazing journey: From being a college dropout to becoming a successful entrepreneur

The ‘Carrie Bradshaw’ of India and the mind behind Mod Dotcom

Extending hope: How embryologists like Goral Gandhi are facilitating delayed motherhood in India